I created this little timeline graphic as a crutch for my non-American self trying to navigate the complex history, culture, and inter-network rivalries of American Late Night TV shows. 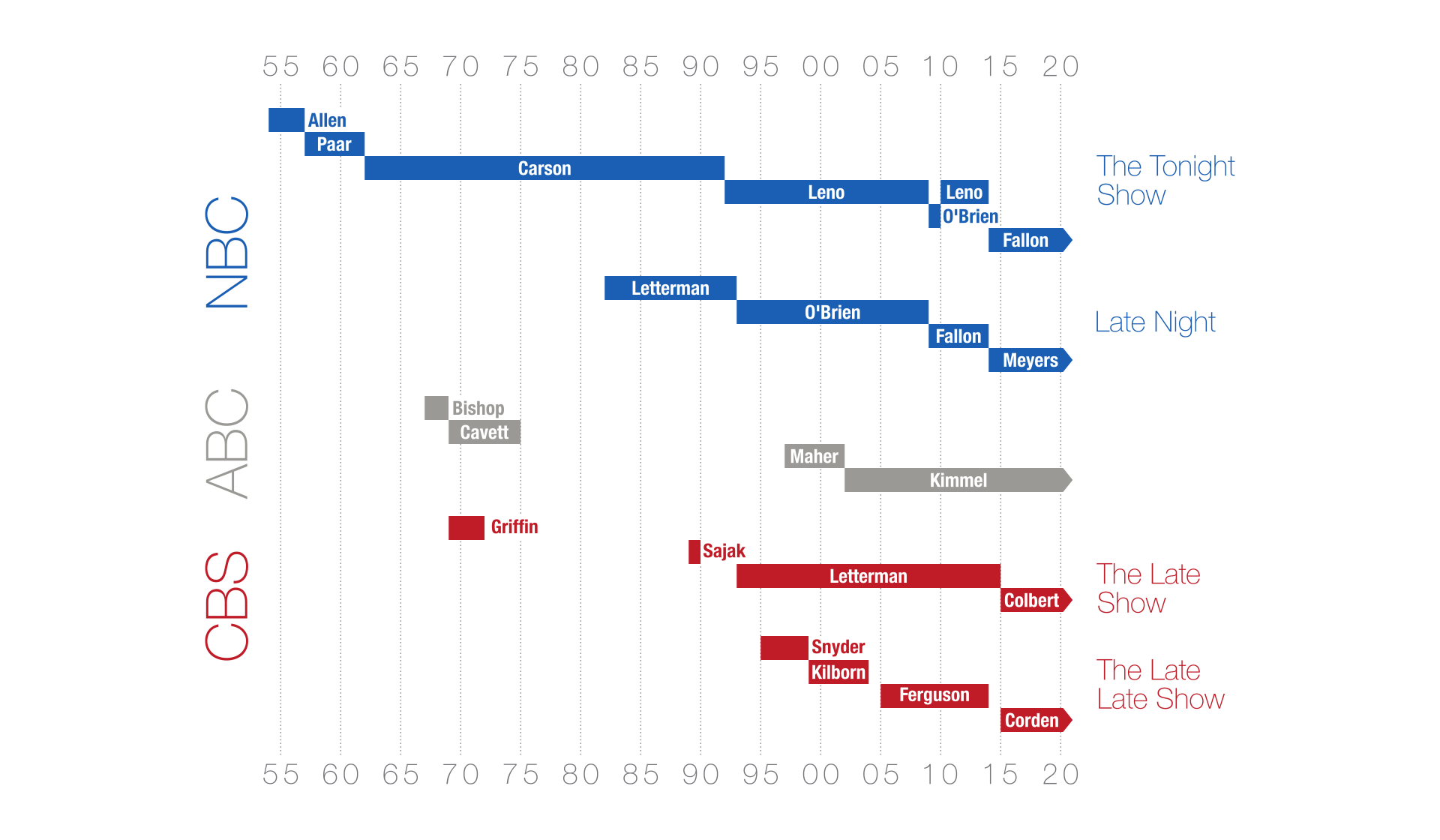 There are some shows that should be mentioned but aren’t, because they weren’t on the big three: