Media coverage of ISIS tends to veer from the utilitarian (covering attacks and the daily body-counts of ongoing operations against them) to the absurd, like the story of how a "smart but naive" FBI translator fell in love with a German rapper turned ISIS leader she was supposed to be investigating, and flew over to Syria to marry him (wtaf?!)

Lately, with Mosul being liberated, sobering reports have come to light of life under ISIS, and the violent campaign that freed Mosul.

Earlier this month, Scroll.in carried the story of two families and their experiences in the carnage.

Khalil then heard a loud whoosh - the sound of incoming rockets. "I recognised it," he said, having enlisted in the army for the mandatory one-year service after he completed college in 2000.

The first two rockets hit his uncle's house. The impact pushed Khalil into the basement. A third rocket landed on his friend's garage. A fourth hit a corner of his own house.

"Everything went dark," he said. "All this happened in 15 minutes."

The "Uncle" in the story is the world-renowned Civil Engineer Dr Mohamad Tyeb Al-Layla, who died in the conflict. Generally, education seems to have taken the biggest hit during the period of ISIS control. A BBC report from two days ago says:

Our lives under IS were empty and boring as we were locked in our homes. They shut down our universities and wrote on the front door: "A woman's kingdom is her home".

Most of those institutions were shut down, and education under IS was focused on teaching jihad and combat techniques. Women and men were separated and women were told to completely cover up.

This obsession with female dress was referred to in the earlier story as well:

[Hafidh's daughter, 21-year-old Nawal] brought out the dress she had to wear under ISIS: the abaya, or loose-fitting gown, gloves, socks, niqab, or face veil with slits for the eyes, and an eye-shield on top of it. "We could hardly see when we went out," she said. Any deviation was punished with fines, whiplashes and street executions. 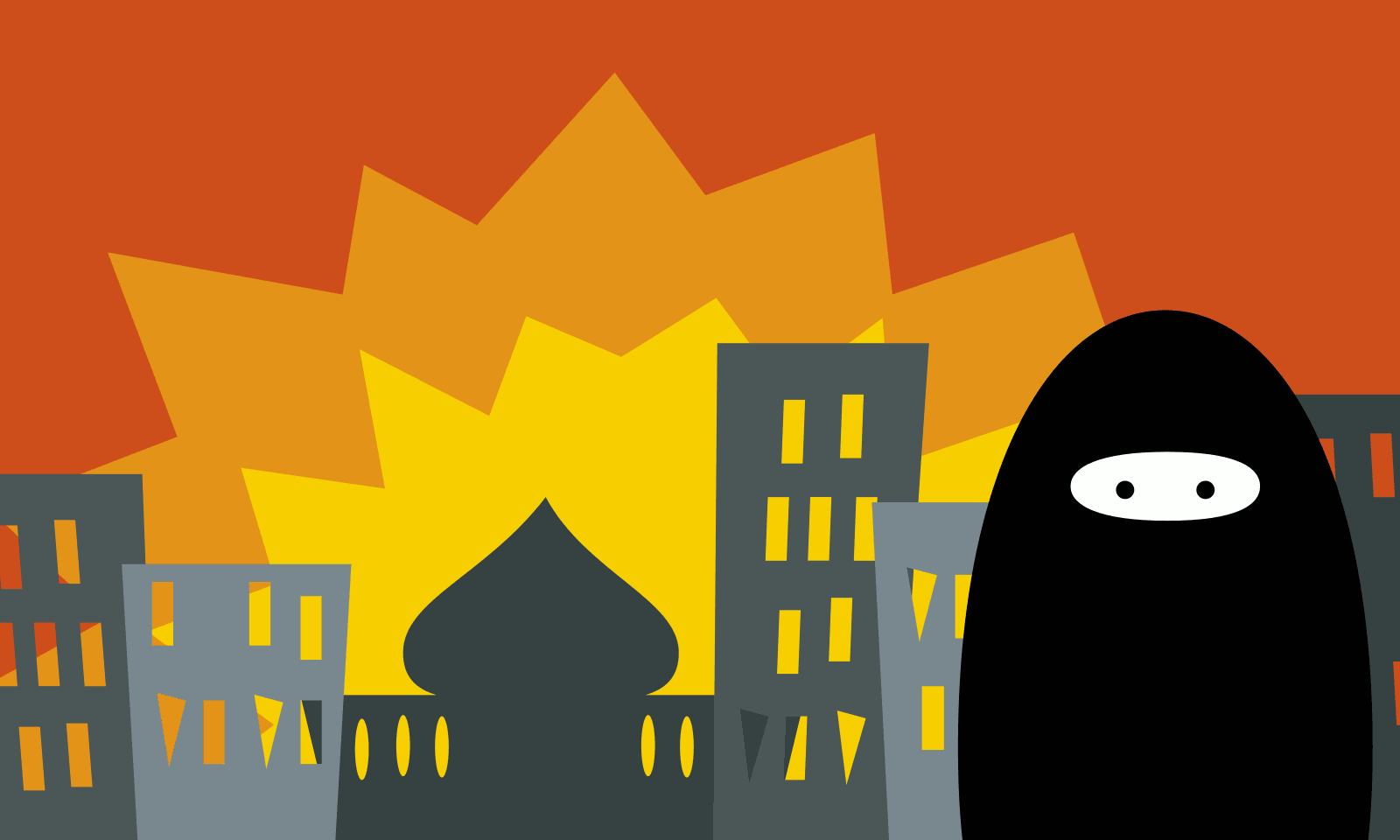 The BBC article carries a more gruesome depiction of what the Hisba (religious police) was capable of:

I will never forget that awful day and what happened to a little seven-year-old on our street. The girl had come down to the small neighbourhood shop to buy some sweets when IS militants approached her. The girl, chatting innocently to the old shop owner, was asked by the militants where her home was. She pointed it out before running and hiding. Her parents come to see what was going on and the IS fighters lectured them about how their daughter was violating Sharia law by being alone with the seller.

After a long debate, the fighters decided the girl's punishment was to be bitten or pinched in her face or on her hands by the women of the Hisba [the religious police], or the more adequately described "monsters of Hisba".

The terrified mother begged them to punish her instead of her young daughter but there is no room for discussion with IS. The child was punished in front of her screaming mother. The monsters aggressively and repeatedly beat her and pinched her. The child was screaming until she passed out and her heart stopped. The wailing mother completely lost her mind when she saw her child die in front of her.

A conflict that has lasted more than half a decade (and has involved everything from alleged chemical attacks, to drowning toddlers seeking refuge, to young Yazidi girls forced into sexual slavery) still manages to produce stories of the most senseless crimes imaginable.