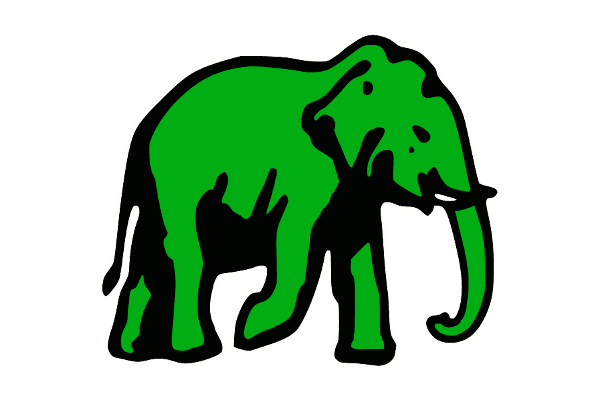 The United National Party turned 70 this week. I thought I'd take a look at their electoral record, for funsies.

The data for this (short) analysis was sourced from Wikipedia. That data was in turn sourced from Department of Elections PDF files. I didn't cross-check the numbers because this is a blog and there is no accountability. ¯\_(ツ)_/¯

I'll only be looking at General Election data because that's the only election that matters. :P

A win is when the UNP went on to form a government. This was sometimes done by forming coalitions (e.g. in 1965).

On average the UNP won 40% of the vote, with a fairly low deviation from that norm. The percentage of seats it has won has varied wildly from 8.4% to 83.3% (in the infamous 1977 election), mostly thanks to the winner-takes-all craziness of the First Past The Post electoral system. 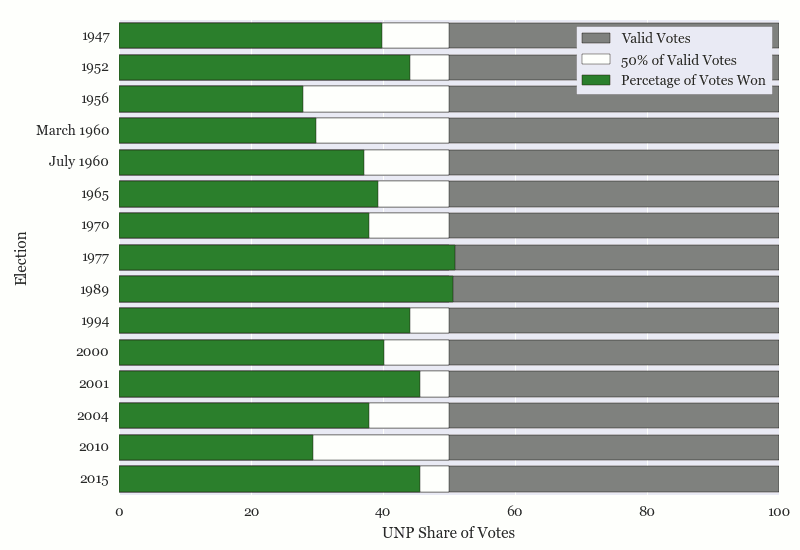 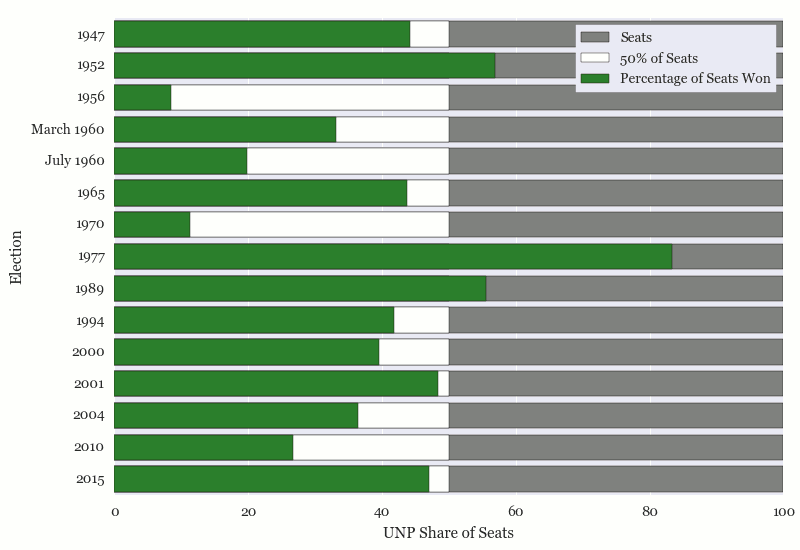 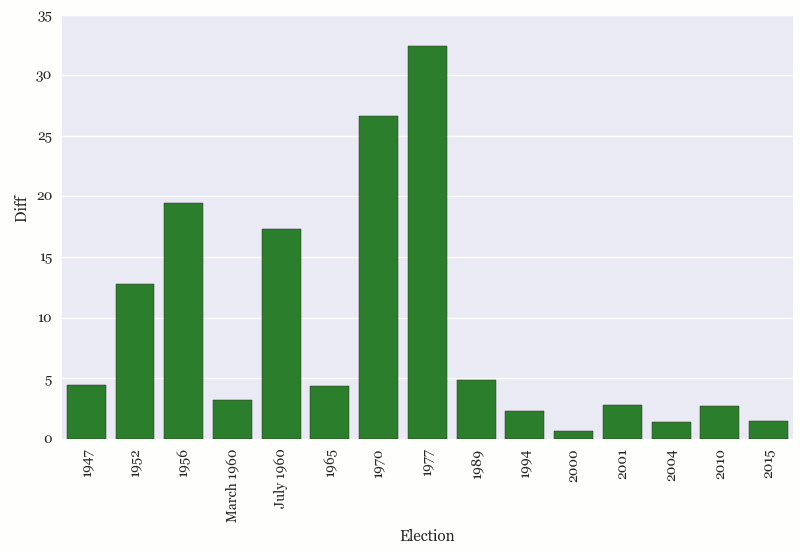 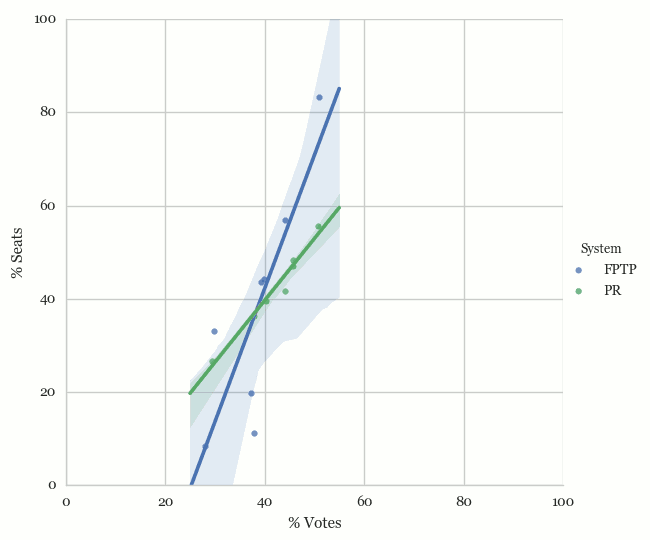 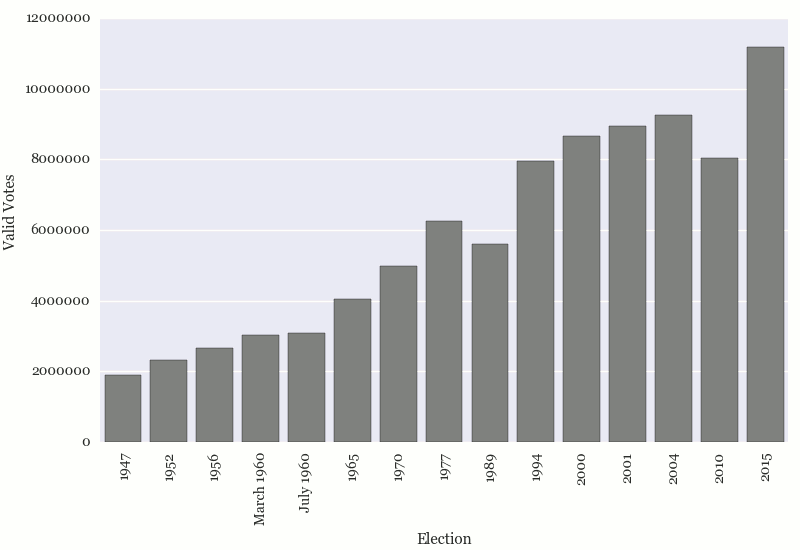 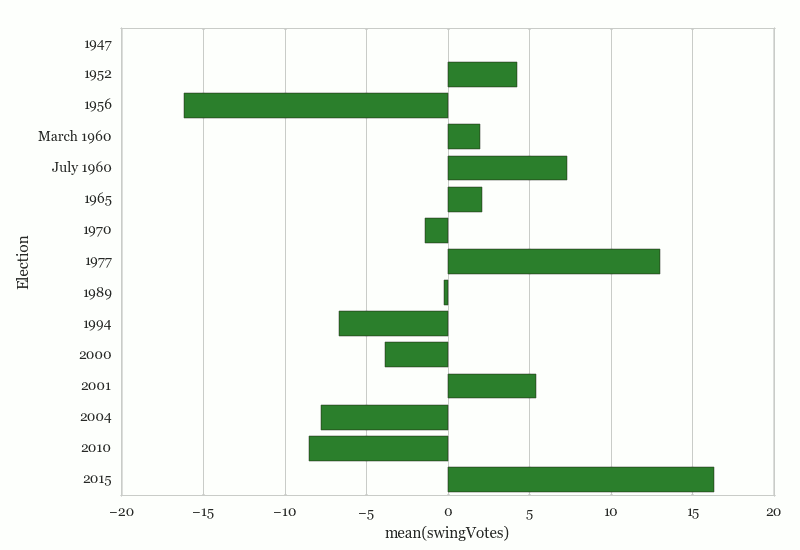 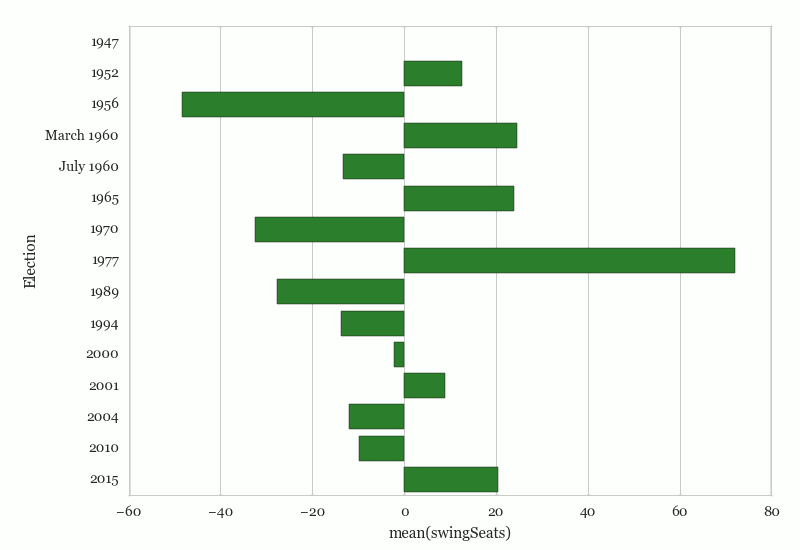 Making these graphs in Seaborn took a helluva long time, mostly because I am incompetant. See, I even managed to misspell incompetent.

Here's the code for the vote/seat difference graph:

And for the Vote Percentage graph:

And the vote and seat swing graphs:

The data I used is in a publicly shared csv file. Consider everything MIT Licensed.