Instalment 2 of the "sharing links" thingy. Shorter too.

I recently subscribed to the Dataquest newsletter, and today got this post emailed to me:

Make pairwise scatterplots: One common way to explore a dataset is to see how different columns correlate to others. 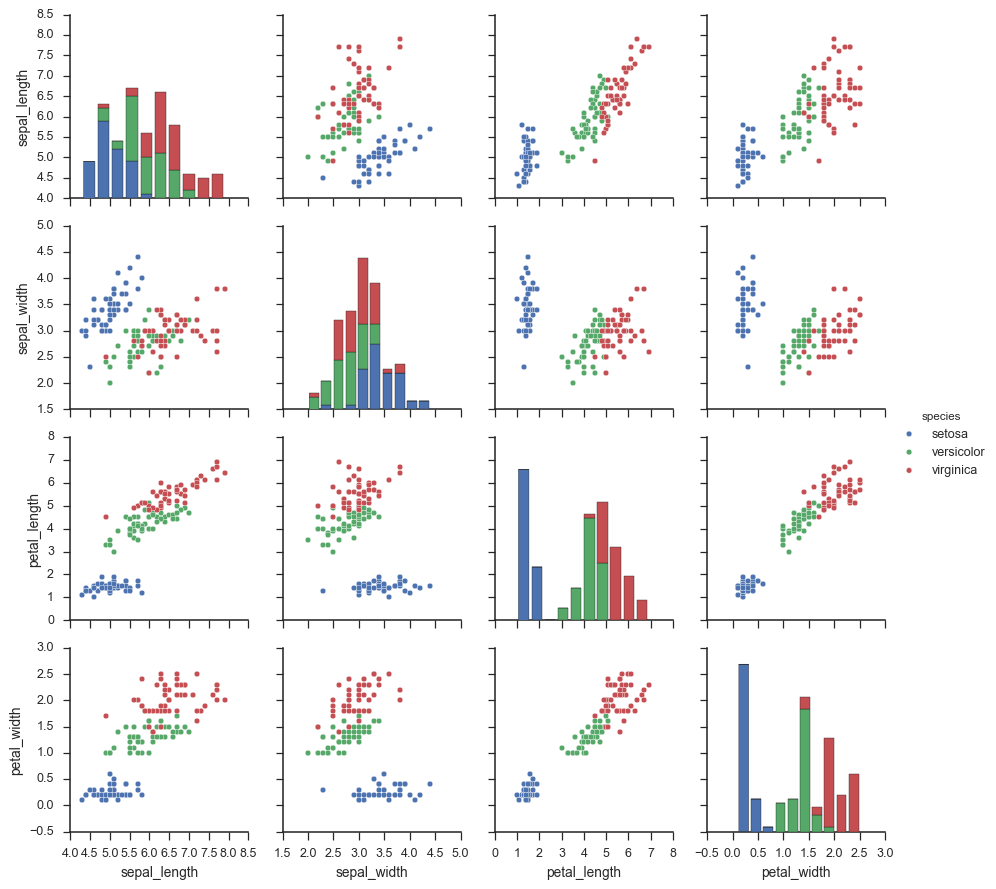 The above example is from the excellent Seaborn Documentation. Good stuff!

I read several great D. B. S. Jeyaraj articles in my ongoing fascination with the Sri Lankan Civil War.

“Pottu Amman” and the Intelligence Division of the LTTE

He was amazed at Pottu’s growth in later life and observed “I just don’t know how he is running the intelligence division so well nowadays”. But then academic brilliance is not a pre-requisite to run an intelligence outfit.

What is required is lateral thinking, practical approaches, devious cunning, organizational skills, shrewd judgement of men and matters and above all perpetual paranoia about everything.

“Col Charles”: The ”tiger” Mastermind Behind LTTE Attacks Outside North-East

It was decided that Colombo should be taught a bitter lesson. Charles, then only nineteen was entrusted with the task. He moved into Colombo in January 1991 and set two plans of attack in motion. Within a few weeks the LTTE struck in Colombo. The JOC headquarters was blown up. Ranjan Wijeratne was killed by a car bomb. This was only the beginning. Charles as an “unknown face” of the LTTE remained incognito in Colombo till 1997.

How inept was military intel at that time for this guy to lurk around for almost 7 years blowing shit up and not be noticed?

First the Government hammers consumers with high prices through inflation and import taxes – which hits the poor particularly hard since they spend more of their disposable income on essential items. Then it bludgeons producers with price controls. This is market-busting, an echo of Mrs Bandaranaike’s command economy in the 1970s.

On the same old wine in new bottles:

Old, established politicians have played musical chairs around the cabinet table, and kept a new generation of younger, competent professionals away from positions of power. This is not surprising: the old political elite – and their business cronies – have vested interests to defend. And so entrenched, unprofessional, bankrupt attitudes and methods persist.

Objectives should be to get revenue up to 15-20% of GDP, while concurrently increasing incentives to save, invest, create jobs and boost productivity. The watchword should be “simplification”. There should be clean, simple rates for VAT and direct (personal and corporate) income taxes, with as few exemptions as possible. [...] Even relatively low tax rates will generate more revenue providing the system is clean, simple and well-enforced.

On the possible repercussions of this government failing:

The more malign scenario is that the present situation will spiral backwards. A macroeconomic crisis might be the catalyst. Or it could result from popular frustrations – no new investments, no new jobs, no change – boiling over. Then, in the Sinhala-Buddhist heartland, people might yearn again for a Big Man, a Rajapaksa or someone else, to ride in and clean house, sweeping away liberal rights and democratic niceties with his authoritarian broom. They could vent their frustrations at the minorities who got President Sirisena and a UNP-led Government elected.

Hat tip for Yudhanjaya and Himal for pointing me at this.

Well, I guess not that much shorter. Oh well.