'Cause I am hanging on every word you say

And even if you don't want to speak tonight

That's alright, alright with me...

Today's been a bit of an off-day. In the last few days I've a couple of interesting Medium posts. Highlights:

A healthy product company is, confusingly, one at odds with itself. There is a healthy part which is attempting to normalize and to create predictability, and there needs to be another part that is tasked with building something new that is going to disrupt and eventually destroy that normality.

We’ve recently moved to a more “hip” location. We used to have personal desks, but now we have this “pick whatever spot is avaiable” open area. I dislike it a lot.

Progress has been slow on the research papers I'm supposed to be reading, so I picked up watching (the 7th season, which I've missed so far, of) Archer instead. I will attempt, today, to print some slides and prepare for the lectures I have tomorrow.

I inadvertently opined on some work-related matters (bad me) because I ran into my co-workers yesterday and we engaged in a bit of shop-talk. Whoops. I just pointed at an old standard that I live by and hoped that it wasn't too intrusive of me to get involved. Again, bad me. 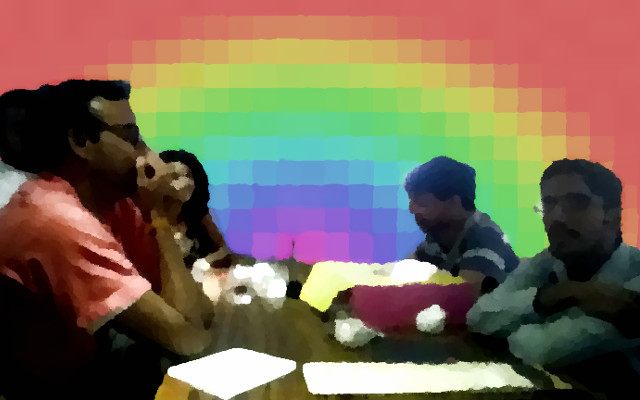 And the reason we all met was: MALINTHE TURNED 26! We're all getting really old now, eh? The thing was excellent, though Whight's other patrons might've not defined it as such, due to how quiet our table was. Yes, we're always those people when we're together.

That concludes my useless update for the day, stay tuned for more daily tripe.